Goa [India], January 22 (ANI): FC Goa head coach Carlos Pena backed his team to come through despite a poor run of results, as they host Kerala Blasters FC in Matchweek 16 of the Indian Super League (ISL) 2022-23 season at the Jawaharlal Nehru Stadium, in Goa, on Sunday.

The Gaurs have had a worrisome run of results lately, leaving them stranded in the sixth position on the ISL table, with one win, two draws, and two losses in their last five games. With Bengaluru FC and Chennaiyin FC also looking to make their place into the top six, FC Goa have been under pressure for failing to capitalise on their recent performances as the race for the playoffs intensifies through each Matchweek. Pena assured that the team is in the right spirit and wants the fans to trust the process notwithstanding their recent results.

“In professional football, there is pressure from the first game itself. We knew that this season would be tough to reach the playoffs because we have six spots available. There are many teams that are fighting for that. We’re not worrying. I’m being easy, trying to put my team and making them believe that we are in a good momentum. Of course, we can improve, but we are in the fight for the playoffs. I think till now, we have always been in the first six positions. We need to better ourselves and we need to be positive as we have a very important game on Sunday,” stated Pena in the official pre-match press conference.

On being questioned about the new system of qualification for playoffs and whether that brings in complacency, Pena refuted the argument and elaborated on how it has become tougher for teams to fight for the playoff berths.

“No, there is no complacency. This is the system we have this season, there’ll be six spots for the playoff, so the fight is going to be more tough than the previous seasons because in the last season, there were four to five teams to fight and it was easier. Now, until the ninth position, everyone has a chance to be in the playoffs. So, we knew before starting the season that it is going to be tough. It’s time to think of ourselves, to grow, to improve, to win games. So the focus is on Sunday’s game and after that, the rest of the five games.” he said.

In the reverse fixture, Kerala Blasters FC got the better of the Gaurs in a 3-1 victory in Kochi. The Spaniard wants his men to draw inspiration from their opponents in their away loss and come through with a win in their upcoming game.
“I remember in the first leg when we went there to play against them. They arrived at that game with three losses in the last four games. And after the win against us, they started a very good run. Now, they are fighting for the first position in the league. So tomorrow, we face them after four games with no win. So, let’s see, we can use this mentality. It can be a change for us. They know it’s not going to be easy for them, we know it’s not going to be easy for us,” Pena added.

The Goan side still holds a splendid home record over the Tuskers. In eight home games across eight seasons, the Gaurs have come out on top on numerous occasions, notching up five wins, two draws, and one loss. In a fixture that has witnessed a plethora of goals over the years, the 38-year-old wants his supporters to back the team by making their presence felt from the stands.

“Playing at home and having the support of fans is always very important for us. On Sunday, I’m sure that the other fans are going to answer, I’m going to check the beat, I’m going to have the bass, and I’m going to make us a song from the beats. So, I’m looking forward to showing our best version, to get the three points and make them happy. This is the goal we have,” he expressed.

FC Goa forward Iker Guarrotxena also accompanied Pena in the pre-match press conference. Being an incredibly influential figure in the team, Guarrotxena has been the top goalscorer for his side, having netted six goals this season. The 30-year-old believes the team needs to leave behind the past results and focus on what lies ahead for his team.

“It’s quite easy. We have two options, to stay in the bad mood, to be angry and to complain or to be in the good mood. I think the team chose the good mood, to stay positive, looking forward to the games we have ahead. So, I think we hope for the good, and we work incredibly well this week. I think we are already well prepared for the upcoming game against Kerala Blasters FC. 100% guarantee that we will make a good game, I don’t have any doubt,” said Guarrotxena in the official pre-match press conference ahead of the Kerala Blasters FC game.

FC Goa have created 149 chances this season, second to only Mumbai City FC who have created 174 chances. The lack of clinicality has been causing issues in their hunt for the playoff spot. The forward asserted that the team needs to regroup and find their best form in order to make their chances of reaching the playoffs count.

“I think we saw a very good FC Goa side on some days and that is the FC Goa we want to be because we know we can do it because we did it before. It’s true that we lost or drew some games that we expected to win, but it’s actually not easy to win in this league. Everyone has good players, everyone has a good playing style, so I think it wasn’t easy to win all the matches from the beginning. I think we have to find again the good level we saw a few games before, and this is the level we have to show. It’s true that we didn’t have this level during the whole season. But as I said, there are still six games. So, we’ll get the marks at the end of the season,” he added. 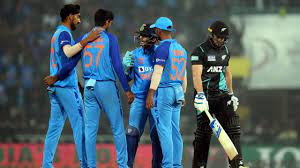 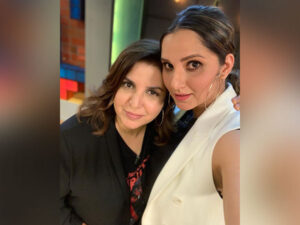 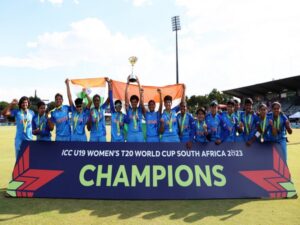