Goa [India], January 22 (ANI): Kerala Blasters FC head coach Ivan Vukomanovic expressed the team’s objective to be in the playoffs and fight for the trophies as the Yellow Army take on FC Goa in the Matchweek 16 of the Indian Super League (ISL) 2022-23 season at the Jawaharlal Nehru Stadium, Goa, on Sunday.

The Fatorda Stadium will witness a battle of two teams in the top six is as the third-placed Kerala Blasters look to claim their ninth win of the season. Meanwhile, the fixture will a crucial for Carlos Pena’s men too, as they sit in the sixth with 20 points in 14 matches with Bengaluru FC hanging on their coattails and trailing by a point. Kerala Blasters FC would look to do the double over the Gaurs after the Yellow Army grabbed all three points in the reverse fixture in Kochi. Vukomanovic’s side got the better of the Gaurs with the help of goals from Adrian Luna, Dimitri Diamantakos and Ivan Kaliuzhnyi.

Mumbai City FC previously halted the KBFC’s eight-match unbeaten run with a dominant 4-0 win, handing them their biggest defeat of the season. Vukomanovic explained Mumbai City FC are on the top of the table because they deserve it and he talked about the ongoing changes within the club.

“Looking at the current circumstances and how everybody is on the rankings, in football at the end of the season you are where you deserve to be in the standings. So far Mumbai City FC is the best in the league for a reason, they beat everybody and are on top of the ISL points table. Us, we had some changes, and we are going through some changes especially, with the new objectives and things connected with our youth,” Vukomanovic said in the pre-match press conference.

“Producing young players, giving them chances. We are now third on the table, still important seven games to go and anything is possible. We saw last year that anybody can beat any team so you must not be casual. You cannot get casual in this league because you will get punished by any team. Our objective is that we want to be in playoffs and fight for trophies,” Vukomanovic said.

Kerala Blasters FC will be aiming to cement their position in the playoffs for the second season in a row. Vukomanovic spoke about how his journey with Kerala Blasters FC is going as he tries to lead the team to back-to-back playoff qualification.

“At any club when you have this type of energy, fan support, fan base and then in one moment you start building up a nice vision, a nice project to reach certain objectives so then the coaching staff together with the medical staff and your management side are on the same page then the things can be really nice. It’s unbelievable the support these boys get in Kerala, all around in Kerala not only in Kochi where we are situated. It feels good because the kind of support we get is nice and if we continue to work then we can hope for the good things. So now in the second season in a row, let’s hope that things will continue like this,” he said.
FC Goa have been strong at home, with four of their six victories coming at the Fatorda Stadium this season and the Blasters will have their task cut out. Vukomanovic expressed that FC Goa has been one of the best teams in the league in the last couple of years.

“I think FC Goa was one of the best teams in the past couple of years. Always showing the best style of football, with possession and quality players who can make a difference. I think both of the teams, FC Goa and us, we evolved through this period because, after a couple of games, you change the way how you approach the games, so now we both are in the top six, and we are fighting for the spot and I think we will have a good game where both teams will like to play for the victory,” Vukomanovic said.

The Kerala Blasters FC head coach was accompanied by the defender Victor Mongil in the official pre-match press conference. Mongil talked about how the team needs to learn from their mistakes while sharing his views on the previous loss against Mumbai City FC.

Mongil has featured 12 times for the Yellow Army in the season so far with most of his appearances coming on as a substitute. The defender believes that the ISL is growing and the league is helping the Indian players to improve in every season.

“I feel that the league is growing. The ISL league is in its ninth year, and this is the correct way, to improve every season. I think India have talent and also Kerala, and Kerala have talented young players. This is the way of the future in the ISL and also for the Indian national football team. The league has rules, I can only play with three more foreign players and the Indian players can prove themselves because they are the future,” he added. 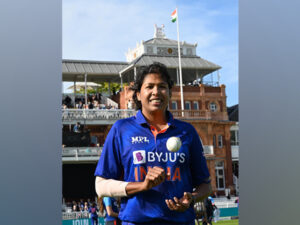