Special judge Shailendra Malik was hearing arguments on the issue of framing of charges in the matter.

During the hearing, the counsel appearing for Chandrashekhar asked the ED why he was being called “historysheeter” while he has not been convicted in any case yet.

“I have never been convicted in any case, yet the ED says I am a historysheeter, part of organised crime… How can that be said,” the counsel submitted before the court.

Chandrashekhar appeared before the court through video conference.

The court had on November 15 granted regular bail to the actress, who has not been arrested yet in the case.

It had on August 31 taken cognizance of a supplementary charge sheet filed by the Enforcement Directorate and asked Fernandez to appear before the court.

Fernandez, who was summoned by the ED several times in connection with the investigation, was named as an accused for the first time in the supplementary charge sheet. 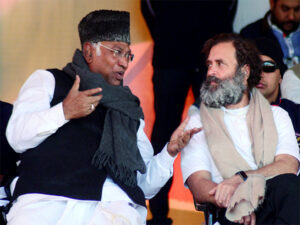