In the first image, Soha and her husband, Kunal Kemmu, are twinning in black attire. Another image shows Soha playfully sticking her tongue out. The couple is also pictured in traditional clothing, with Soha in a Punjabi suit and Kunal in a long coat and pants. Some images depict the couple sharing affectionate kisses, while in others, they are seen wearing beauty masks, with Soha massaging Kunal’s head and Kunal holding a book. There is also an unseen picture of their wedding.

Soha Ali Khan captioned the reel with 8 followed by an infinity emoji. As soon as she dropped in the reel, fans flooded the comment section wishing the couple on their anniversary. A fan commented, “Lots of love and forever happiness.” Another commented, “this is what true love looks like.” “You both r the best couple in btown,” commented the third one. “They both look gorgeous together…most beautiful couple of bollywood,” commented the fourth one. “Congratulations Soha & @kunalkemmu !! You guys are Amazing !! No Show off , No Controversy and Best Parents !! May Mahadev always bless you guys !!” commented another.

Soha Ali Khan and Kunal Kemmu have been married since January 25, 2015. They have a daughter named Inaaya Naumi Kemmu. The couple is known for their love and affection towards each other and often share pictures on their social media accounts. They are considered as one of the most admired and loved couples in the Indian film industry. 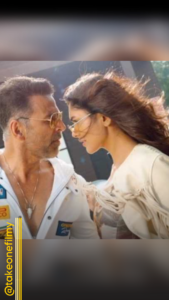