The PCB and the Board of Control for Cricket in India (BCCI) will face off in Bahrain over their disagreement surrounding the ACC calendar of events announcement made by the ACC president and Indian board secretary Jay Shah, which the PCB claims was made “unilaterally” without consulting the Pakistan board. The calendar was unveiled by ACC president Jay Shah on January 5.

“For some time there hasn’t been any ACC Board meeting and there were a lot of decisions being made and one of them we have challenged. Now the good news is that we managed to convince them to have their Board meeting and I will be attending it,” Sethi said as quoted by ESPNcricinfo.
During the former PCB chairman Ramiz Raja’s term, tensions had been building between the two boards, particularly over the venue of the 2023 Asia Cup, which is slated to take place in Pakistan in September.

However, it was cast into doubt when shortly after a BCCI meeting in October, Shah announced that the tournament would move to a neutral location because India could not travel to Pakistan.
Sethi adopted an aggressive approach during his last term, suing the BCCI for violating a contract to play bilateral series in 2014 and 2015. The PCB argued it was inappropriate.

The ICC dispute resolution committee declared that the PCB’s claim “must fail” because the agreement between the boards contained only a “moral responsibility,” not a legal one. As a result, the PCB was forced to pay the BCCI a sizable settlement.
Following Raja and his Board’s removal by Pakistani Prime Minister Shahbaz Sharif to ensure that a management committee could be formed to oversee cricket-related matters, Sethi returned to the PCB office last month.

“We have to look at what we can do but we can’t [fight] another case, but I can say that that case wasn’t handled properly and I think we didn’t give a good fight. But eventually, even judges said that if you look through the microscope this case is in favour of Pakistan but if you see this case with a telescope this is going in India’s favour. So in nutshell, with all the nitty-gritty it’s Pakistan’s case, but then their stance was that it’s the [Indian] government which isn’t allowing us [to tour Pakistan],” Sethi said.

The volatile political relations between India and Pakistan have caused a decline in the two nations’ cricket relations over time. Since Pakistan’s limited-overs tour of India in 2012-13, India and Pakistan have not faced off in a bilateral series.
The Indian men’s team hasn’t played a match in Pakistan since 2008, yet Pakistan last visited India for the 2016 T20 World Cup. Their interactions have been limited to ICC and ACC events.

Following years of isolation in the wake of the 2009 attack on Sri Lanka’s team bus in Lahore, Pakistan has resumed hosting international cricket matches on a regular basis over the past three years, with almost all full members (with the exception of India) travelling there for red- and white-ball contests.
Pakistan was originally scheduled to host the 2022 Asia Cup (which was postponed from 2021), but Sri Lanka instead agreed to host the competition in the United Arab Emirates.

The PCB is committed to hosting the 2023 Asia Cup, but Sethi refused to reveal the possibilities before the board.
“All expected discussions and what the possible options are, I am keeping close to my chest for now. I don’t want to hint at anything about what will be my possible stance there. Whatever the stance is, it will be according to the interests of Pakistan,” he concluded. 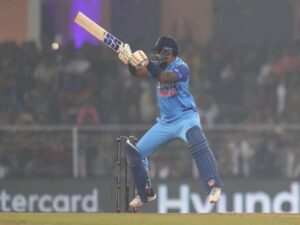 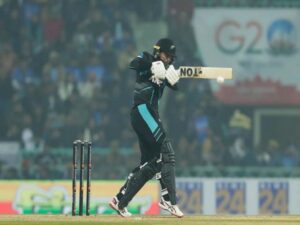 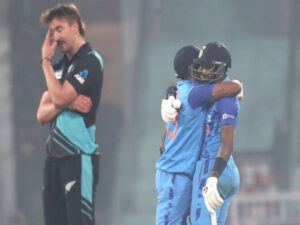