At the outset, the DC along with Officers went around the Stadium pavilion and VIP gallery to have first hand appraisal of the arrangements being made for the events to be held on January 24 (full dress rehearsal) and on January 26 (Republic day).

The DC took onsite review of the arrangements being put in place for smooth conduct of the Republic Day event.

On the occasion, the DC directed officers of all concerned departments to ensure all preparations regarding various facilities including seating arrangements, cultural programmes, march past parade, transport and parking facilities, power supply, deployment of medical and first aid and fire and emergency teams, installation of PAS. Besides Media management, security related matters and entry of VVIPs, VIPs and other participants were also finalized.

The DC stressed on making fool-proof security arrangements in and around the stadium to ensure peaceful  and hassle-free celebrations of the function.  He also enjoined upon the officers to maintain close coordination with each other for holding the function smoothly.

Regarding parking for vehicles, the DC asked the Officers of the Traffic Department to make proper parking arrangements at identified parking slots.

While SMC authorities were asked to ensure that all washrooms are functioning properly, besides ensuring proper sanitation and cleanliness in and around  the venue.  The DC also stressed on making elaborate arrangements to tackle Snow accumulation and water logging, if any caused due to Snow/showers on the occasion of Full dress rehearsal proceedings and the main event on January 26.

He emphasized on timely issuance of the Movement/Entry passes for the officials engaged in making arrangements.

The DC asked R&B Department to install hoardings at designated spots in the stadium besides erection of canopy for setting up stalls by various departments at the Venue. He also finalized the boarding/lodging of participating students and artists.

GANDERBAL, JANUARY 23: A meeting of the District Level Implementation Committee (DLIC) was today held under the chairmanship of Deputy Commissioner (DC) Ganderbal, Shyambir here to approve the cases under Tejaswini schemes.

The meeting held threadbare deliberations on the implementation of Tejaswini scheme in the district and several cases of unemployed female eligible entrepreneurs of the district were brought before the Committee for approval. After threadbare discussion, the DLIC approved 07 cases under the scheme.

Highlighting the importance of the scheme, the DC asked the concerned officers to generate mass awareness among the educated and unemployed youth of the district about the scheme and ensure their maximum coverage under the beneficiary oriented schemes.

He said that Tejaswini scheme ensures empowerment and encourages young women of the district in the age group of 18 to 35 to start their business for income generation activities to earn livelihood.

“Tejaswini” scheme is aimed to provide financial assistance to young women entrepreneurs for setting up profitable self-employment ventures suited to their skill and training aptitude.

Dhangri attack: Villagers threaten to go on hunger strike if terrorists not neutralised in 15 days 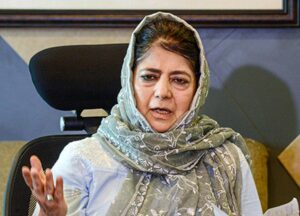 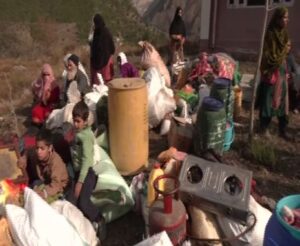