Jammu, Jan 23 (PTI) A special court in Jammu on Monday “closed” banned JKLF chief Yasin Malik’s right to cross-examine a prime witness in a 1990 case related to the killing of four IAF personnel after he refused to do so through video conference, a lawyer said.

Malik, who is in Delhi’s Tihar Jail after being convicted in a terror funding case and has been demanding that he be allowed to cross-examine witnesses physically in the Jammu court, was present in court virtually.

He was asked whether he would like to examine V K Sharma, a prime witness in the case. Malik refused and reiterated his stand that he would like to physically question Sharma in court, said Monika Kohli, senior additional advocate general and CBI counsel.

“However, the accused did not do that following which the court closed his right to cross-examine,” Kohli told reporters.

Sharma had identified Malik before the examiner-in-chief of the court as well as the CBI as one of the terrorists involved in the January 25, 1990 killing of four IAF personnel on the outskirts of Srinagar.

Kohli informed the court that the Union Home ministry had passed an order barring Malik from moving out of Tihar jail for one year from December 22, 2022 because of pending NIA cases against him.

Malik has been charge sheeted in the case along with six others. The charges were framed against the accused in 2020, 20 years after CBI filed the charge sheet before a designated TADA court in Jammu.

According to the CBI, the IAF personnel were fired upon by terrorists. Forty, including a woman, received serious injuries and four were killed on the spot. 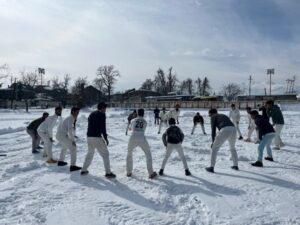 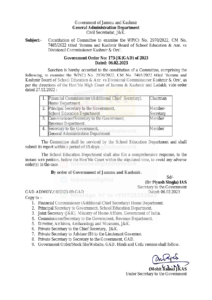